It’s all about timing 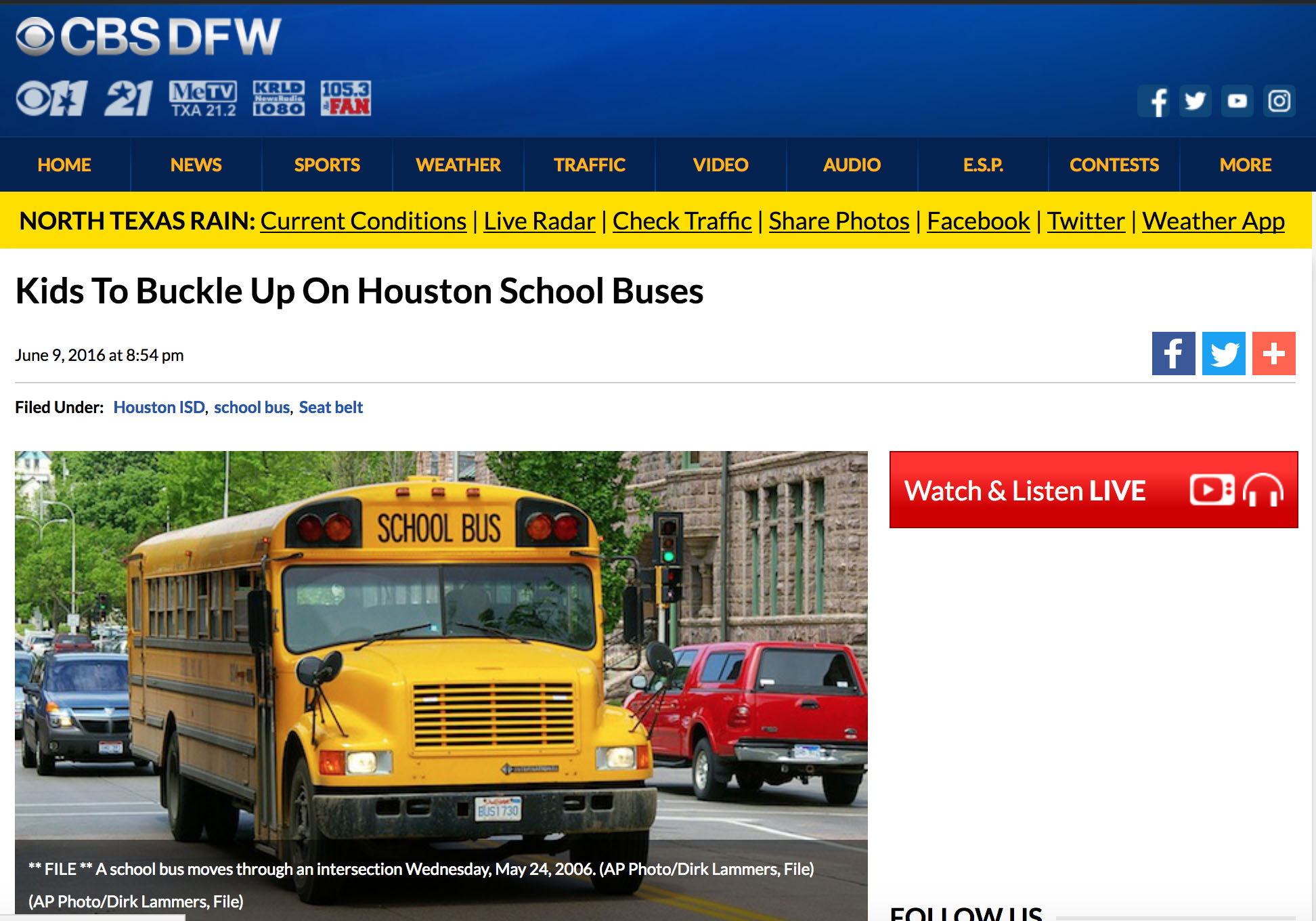 I was working in the Sioux Falls bureau of the Associated Press on May 24, 2006, when I took an early-afternoon call from an editor in our Washington, D.C. bureau.

“We’re running a national story about school bus pollution,” the editor said, “and we need a photo of a school bus.”

I thought the ask was rather misplaced, as South Dakota was one of the few states in the country without an AP staff photographer, leaving us writers to take our own pictures or hire freelancers. I thought to myself, “Don’t you have a dozen or so photographers right in D.C.?” But I had recently purchased a new Nikon D40 and was anxious to give it a workout, so I said, “Sure.”

As I grabbed my camera bag and began to head downstairs, I glanced out our third-story window and saw a school bus approaching from the west. I had been planning to jump in my car, but I rushed down the staircase and reached street level just as the bus began passing through the intersection of 6th Street and Main Ave.

I shot two frames and headed upstairs to see what I had.

The first shot was perfect — not Pulitzer-winner perfect — but perfect for the need. The bright yellow bus moved through the intersection, caught perfectly in the front third of the frame. Bright-green spring foliage dotted the landscape and an eastbound shiny-red pickup offered contrast. The beautiful pink quartzite stones of the historic Old Courthouse Museum provided an anchoring backdrop. The picture required minimal cropping and no Photoshop adjustments to exposure or color.

I emailed the original image to Washington and figured it might get some nice play in the next morning’s papers, but I never imagined that I’d still see it accompanying stories about school buses 14 years later.

The photo, as nearly all shot by AP staffers, was placed in the AP archive, which member media outlets can pull from at any time. And for some reason I can’t explain, my picture has become the quintessential school bus photo, running with hundreds of stories that mention the phrase over the years.

Every once in a while when I think about it, I do a Google Search to find another recent instance and laugh. Recently, I began wondering if there are some professional lessons here:

Sure, I could have continued out that afternoon, hunted down other school buses and snapped hundreds of additional photos, but it’s doubtful that any of those shots would have been as good as the first one. Had those first shots turned out to be mediocre, I would have continued shooting or switched locations to ensure better backdrops, lighting, etc. to craft the best photograph. (Here’s my photography portfolio of shots that took longer than a couple minutes to compose.)

But when something is right, it’s right, even if it’s a two-minute school bus file photo that continues to live on well into its second decade.

All blog posts
Subscribe
Search our site
Go to Top